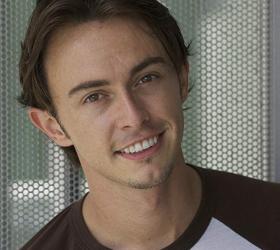 Class of 2006 Communications alumnus Eamon Brennan is now the Creative Director of digital agency and creator studio Collab, which focuses on optimizing and monetizing content for short form creators. Brennan attended the S.I. Newhouse School of Public Communications at Syracuse University, where he received an education in Television, Radio, and Film. He now lives in Los Angeles, and has worked on major motion picture sets such as “The Dark Knight Rises” and “Thor” in production. Most recently, Brennan has enacted his passion for acting in live action series “Impress Me,” streamed on Amazon, as well as Netflix’s “Barbie Dreamhouse Adventures.” The Netflix series will release its second season on Sept.13, with Brennan featured as the voice of Trey.

Q:Who were your favorite Dreyfoos teachers?
A: I don't think I'd be where I am today without Ancil Deluz, but so many teachers made such an impact on me. The entire Communications department was a family, and Angie Weber was a huge part of that. Academically speaking, my holy trinity was Mr. Ruth, Mr. West, and Sr. Anand. I think the through-line there is a passion for culture and history that I just couldn't get enough of. In my junior year, I was cast in the main stage production of “Of Mice and Men”, an extremely intimidating proposition for a non-theater major. Without Mr. Sims, I wouldn't have lasted a day.

Q: Is there something Dreyfoos could have provided that could have better prepared you for your college and your current position?
A: I was over-prepared for college thanks to DSOA! As far as the career and "Hollywood" in general, I think most people are surprised at just how many different jobs there are out there in the entertainment industry. I think we were equipped with the basics in mind— writer, producer, director, editor — but the reality is that there are so many niches that exist!

Q:Tell us a little bit about your career.
A: Specifically my role is in branded content— I work with major brands and agencies in creating/executing campaigns across digital platforms, particularly on social media. It's a little bit of “Mad Men”, a little bit of “Entourage”, and a whole lot of the same shenanigans I used to get into at DSOA. I've been doing this for a few years, but before I did, I worked in traditional motion picture production. I had the pleasure of working on some really cool movies, but felt like the motion picture industry really didn't offer me the path I felt I needed to succeed. While I work full time in the advertising industry, I've always kept a passion for acting.

Q:What sparked your interest in the Barbie series, and what was the process like getting the role?
A:Barbie was serendipity. I have been voice acting for as long as I can remember, including at DSOA, so when my career led me to eventual agency representation as an actual voice actor I thought I had it made... but the industry is absolutely saturated, and it's tough to stand out. I'm from Ireland originally and had an ear for accents— a lot of my early voice work was voice matching— picking up lines or "looping" for mainstream actors, mostly in movie trailers; not the type of stuff that shows up on your resume. And then one day I got an audition for "Trey," the specs said something along the lines of "Ken's fratty nemesis." The idea of playing a "villain" on a show where all the characters are inherently good really excited me, and I tried to bring that complexity to the audition. The actual auditioning most often happens at home... in sweatpants... but there was quite a lot of back and forth. Trey was initially meant to be just a one-off character, but whether it was my performance or the complexity the character, he was eventually written into the whole series. We actually have new episodes coming out on Sept. 13 where you'll see a whole lot of me! We're already recording season 2!

Q:What would you say is the biggest challenge you have encountered?
A:Finances— without question. I chose to go to Syracuse because I knew they had the alumni network I needed when I got to L.A.... but even with a full-time role in the advertising industry and a successful side gig, student debt is REAL. The entertainment business is cutthroat, and far from easy. There are no guarantees, no easy options, and LA ain't exactly cheap. While I'm certain I would not be on the path I am today without Syracuse in the mix, I can't help but imagine that financial stress would have been lessened should I have chosen to take advantage of Bright Futures and the options offered in-state.

Q:What is your favorite part of working in LA?
A:Even after eight years I still have stars in my eyes— like anything can happen. And it does! I truly love that in L.A. there is no "right way" to do anything— there are 1000+ right ways! Whether you're up or you're down, your path never feels predetermined. Things can change at any moment.

Q: What recommendations do you have for our current Dreyfoos students?
A:Savor being in a truly creative environment where you're encouraged to thrive. It's not just the faculty cheering you on, it's your peers. When you get out into the industry there are far fewer people wishing for your success— and most of the ones who are have something to gain.

Q:What inspired the creation of Collab?
A:Collab was created to help fellow creators succeed creatively and financially in the digital industry. Our founders were creators themselves, who found success in the very early days of YouTube with one of the first high-production sketch comedy channels. They channeled this success into an organization to help up-and-coming creators navigate the treacherous waters of the entertainment industry, offering financial / production support as well as optimization, brand representation, and industry best practices. Our primary goal has always been "ADWIB" or "Always do what is best" for creators-- with the ultimate vision in helping to establish creators who might just be doing this as a hobby and turning them into creators full-time.

Q:How would you say your performances outside of your major have shaped you ?
A:The performances I experienced outside my major really helped broaden my abilities and get out of my comfort zone. Even auditioning for “Of Mice and Men” as a non-drama major made me feel a bit like a fish out of water. I had always acted, and was accepted into DSOA's drama program, but ultimately felt like Communications was the better fit. Being able to still be involved in drama not only allowed me to take on new challenges that would ultimately help me grow as a person, but allowed me to continue to hone that craft, which helped in my Communications classes, like Speech & Debate, TV Production, and Film.

Q:Describe what it was like being a part of motion picture sets such as “Thor” and “The Dark Knight Rises”.
A:Working as a PA on a film set is like being the lowest ranking soldier in a huge army. On large productions like those there are literally hundreds of people involved, all with different specific tasks, all contributing to the production. It's exciting... but it can be grueling. There can be hours and hours and hours of absolutely nothing happening at your station, and then other times you're right in the action. On The Dark Knight Rises, I was responsible for locking down a certain intersection of Downtown Los Angeles so no pedestrians would come anywhere close to the shot... but it was at 3:30am so there wasn't exactly a lot of foot traffic. I'd stand there for ages, hear "action," the Batmobile would blow by, and then it would be more standing around. Exhausting! Smaller film productions can be a little bit more hands on, but when Batman calls, you answer!

Q:Have you worked with any high profile customers in the industry?
A:Collab works with several pretty high-profile clients, including Nike, Dunkin' Donuts, Old Spice, Fender, Coca-Cola, and many many more!

Q:What has been your favorite experience in your career in advertising?
A: That's a great question. Even the smallest things, like a client deciding to go with your idea -or even just using copy that you have written- can be really rewarding. Of course, so can advertising awards! As much as that type of work-specific experience can be fruitful, truly the best experience for me is being invited to participate in speaking engagements. I've been invited to speak at some pretty cool events across the country and it's always a pleasure to be able to educate about topics I feel passionate about. I guess the Speech & Debate class must have helped!

Q: How was being part of motion picture production different from what you do now?
A: The two worlds are very different, though there can be some similarities. I think the core of what makes it the most different to me is around timing. Making a movie is a long process. Some projects take years from pre-pro to release-- all for one movie! I realized I don't have the attention span for that. While I spent the bulk of my life dreaming of being a film director, I think I prefer a much more fast-paced day to day, where I can effectively direct way more projects in a given time frame. My team at Collab has 25 - 35 different projects at various stages at any given time. It's fun thinking about new problems to solve every day. Keeps you on your toes!

Q:In a brief statement can you explain "What does Dreyfoos mean to me?"
A:Dreyfoos to me means the universe waking you up and saying "HEY. Forget everything you think you know about limitation. Now. What do you want to make/do/be today?" I didn't feel that before Dreyfoos, I definitely didn't feel that at Syracuse, and as a pseudo-adult in Los Angeles I have to fight every day to feel even just a fraction of that. That's Dreyfoos to me.